(Alexandria, VA) – Last week, the U.S. House of Representatives and Senate passed the Improving Medicare Post-Acute Care Transformation Act of 2014 (IMPACT Act), legislation which includes hospice integrity provisions that are backed by the hospice community. The National Hospice and Palliative Care Organization supports this legislation and the additional oversight it will bring to end-of-life care providers.

The IMPACT Act (H.R. 4994) requires more frequent surveys of hospice providers – a measure the hospice community and the National Hospice and Palliative Care Organization has championed for more than a decade. The bill mandates that all Medicare certified hospices be surveyed every three years for at least the next ten years.

A 2007 HHS Office of the Inspector General report found that current survey measures for Medicare-certified hospices was not providing sufficient oversight.

“Currently, hospices can go eight years or more without ever being surveyed, which is far too long,” said J. Donald Schumacher, NHPCO president and CEO. “More consistent surveys, and the process providers go through to prepare for them, will help hospices and ultimately benefit the patients and families in their care.”

Additionally, the new legislation will facilitate medical reviews for select hospice programs with a soon to be determined percentage/number of patients receiving care for more than 180 days. The specific patient load that would trigger this medical review is yet to be set by CMS.

Such a medical review of what are known as “long stay” patients will help ensure that hospices are appropriately caring for individuals with life-limiting illnesses that are often harder to prognosticate than in the earlier days of hospice provision when most patients had a cancer diagnoses.

NHPCO has supported this provision since it was originally recommended by MedPAC in 2009.

The legislation also includes a provision that would align hospice reimbursement and the hospice aggregate financial cap to a common inflationary index. 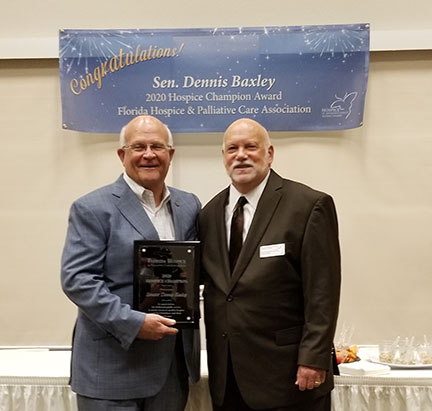