This October, Florida Hospice & Palliative Care Association (FHPCA) celebrates its 30 year anniversary of dedicated service to hospice care in Florida. Established as Florida Hospices, Inc. in 1982, FHPCA’s grassroots effort first began in 1979 with the formation of the Florida State Hospice Organization (FHSO). The hospice pioneers that formed FSHO, including incoming Florida Senate President, Don Gaetz, were instrumental in establishing hospice in Florida by coauthoring the Florida Hospice Act of 1979 – the first state law in the country to establish hospice and allow patients to be admitted into hospice care, and nationally in supporting passage of the Medicare Hospice Benefit in 1982.

FSHO was only in operation from 1979 to 1982, and during that time completed its primary mission and purpose of passing the hospice licensure law, getting rules implemented, and in securing passage of the Medicare Hospice Benefit. With those tasks completed, the organization handed over the duties and responsibilities to a successor association, FHPCA, to continue the work. “The association started off with no staff and financials in a shoebox. Now we have a full staff with multiple projects, committees, and initiatives happening everyday. We have accomplished a lot these past 30 years.” says Mary Ellen Poe, President of FHPCA and President and CEO of Hospice of Marion County. Poe continues, “Besides turning 30, this year has brought a lot of changes for the association. We’ve built a new website to better inform the community of hospice and palliative care and adopted a new strategic plan that will help the association navigate today’s challenges and opportunities. We are confident FHPCA is prepared and ready for the years ahead.”

Paul Ledford, Executive Director of FHPCA states, “I’ve been here for eight years now, and have seen a lot of growth and changes during that time. I am very proud to work for an association with a mission to assure quality and access to hospice care for all Floridians. It is something that drives you to work hard everyday. However, this work could not be done without the generous support and involvement of our members. It’s because of their energy, dedication, and expertise that we’ve been going strong for these 30 years.” 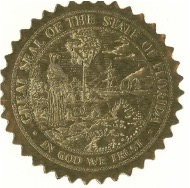